Just…can’t…work…up…concern, sorry. Here’s some pictures of the devestation though: 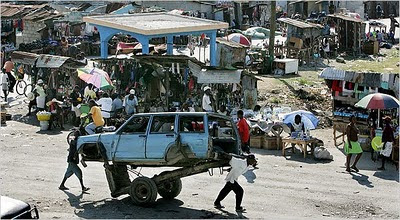 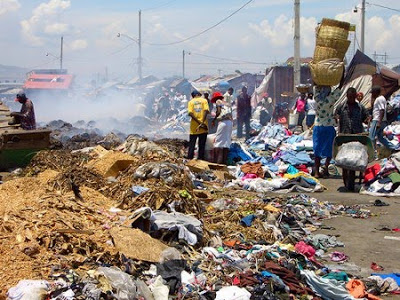 Oh wait…sorry, those are both from before the earthquake.

Check out this picture from Getty Images: 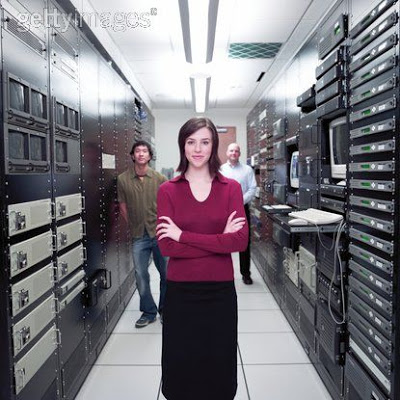 Ahh the legend of the attractive woman in the data center. This picture gets a lot of play, for reasons I figure have to do with playing on tech nerd fantasies (with said tech nerds associating themselves with one of the guys in the back)*. However, the picture gets SO much play that it’s lost whatever effectiveness it may have once had. Here’s just the woman on the banner for one of Microsoft’s virtualization sites:

Here she is shilling something on CDW’s page:

IBM also used the photo with their Director product, but they pallet swapped the shirt to change it up: 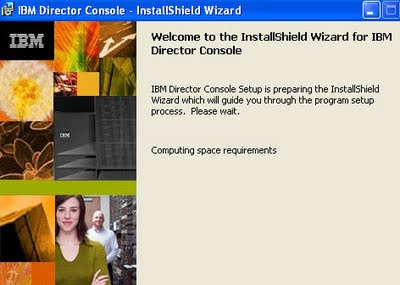 And here’s the picture being used in a print ad for PC Connection where they pallet swapped…uh oh: 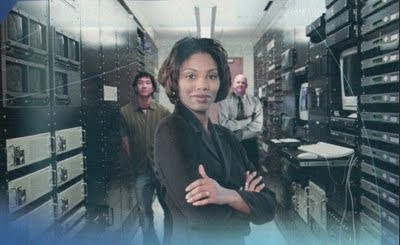 For reasons unknown to me they also sloppily threw on a dress shirt and tie on the guy in the back. I guess they figured he was disrepectin‘ da honies by wearing just that white shirt.

* Though to be fair, the pictures use may have more to do with price than anything. Use of the photo can be had for a couple bucks, while similar pictures (like this one)require negotiating a price for their commercial use.

Ali was one of seven Minneapolis-area Somali men killed over a 10-month period, and authorities believe all were killed by fellow Somalis.

Somalis killing each other? Who would have been able to see that coming?