I was cleaning up around my office, sorting through my never used stack of disks. The audio disks in particularly abused, having all been ripped 10 or so years ago, never again to see the inside of an optical drive. I’ve misplaced many of them apparently, one to the extent that I found two copies of it because I apparently lost it once: 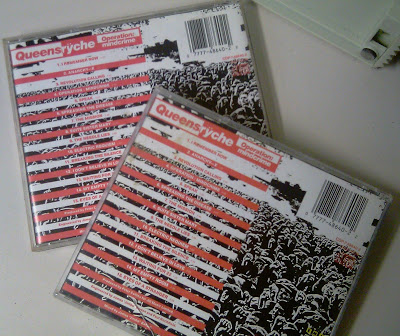 I, of course, do not have a disk for either case (and the front cover for only one).

Actually now that I recall, my original copy got scratched to the point of being inoperable and I had to buy another (a bit of a ‘disc crime’ there no? Shouldn’t my ‘license’ have entitled me to a backup/replacement? Bite me RIAA!). As another note, for as much as they charged for CDs, couldn’t the record companies have put them into a plastic case that didn’t self-destruct upon being opened?