When I was in high school one of my fellow students was a magician, which is kind of like having your own personal clown in a way. Anyway, he had some other-wordly level of dexterity and I recall him doing the ol’ disappearing coin trick with a palm full of coins all at once. With that many coins we could clearly see what he was doing, but it was still amazing to behold. Besides his natural abilities he also had “kits” with which he could perform tricks. One of them was some series of ropes and blocks where by passing the ropes through the blocks he could ‘join’ the ropes and make them long ropes (or something, I can’t quite recall now). He performed the trick on front of us several times and we still couldn’t figure it out so he left the kit with us to toil away on. While I was looking at it I realized that the “trick” was to make the important seem unimportant, that the only way it could be done was by using some form of distraction at a key moment. As I futzed around with the blocks I gave it a try on my fellow students by doing some mild distraction as I switched short rope out for the long rope and sure enough I heard them exclaim “How Did You Do That!”

What got me thinking of that again was this pro-Covid vaccine video sent to me by a coworker. The speaker gives a very good, in-depth talk on the inner workings of the covid-19 virus, which gives the speaker a level of trustworthy authority (similar to how a magician has the audience exam his props to get a level of unearned trust). However, he then skips over how the vaccine works by using some slight-of-hand language to distract the viewer.

For instance he is amazed at the 95% effective rate of the vaccine, but doesn’t mention that it’s 95% effective at what it does (which itself he only mentions in the briefest moment) not 95% effective at keeping people from getting sick from the virus (that number is completely unknown at this point). At that point he mumbles through as quickly as he can about the ‘booster’ (“wait, I thought you said this was 95% effective?”) before heading off into pure marketing wonderland. The key frame from this whole bit (from near the beginning of course): 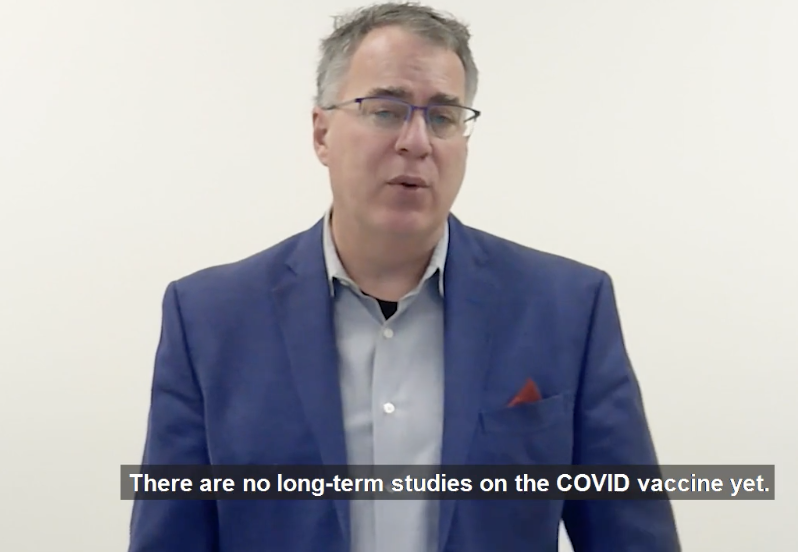 That seems kind of important, doesn’t it? Like the magician though, the important parts hide in plain view, it’s the job of the speaker to properly distract the listener so that they do not believe they are important.

I thought about bringing this up to the sender, but he’s nominally a superior and he’s…rather old. In such a case it might not matter: every day he wakes up in his seventies is a roll of the dice with increasingly bad odds so he would need to weigh being a short-term test subject for an experimental vaccine against the fact that the Haitians who clean down his glorified retirement community in Florida aren’t quite as diligent as they should be given the current circumstances. After all, another part of the magicians act is that the audience kinda wants to be fooled.

However for anyone who doesn’t care to be fooled, the whole thing looks like a David Copperfield level sham.