Let’s see if I can get a few pics out of the way here; but first a few comments. Firstly, many thanks to my buddy and his kind, hard working wife (both of whom shall remain nameless on this site unless they specify otherwise) for inviting me and my family over for their wedding ceremony and subsequent tour of Japan.

Secondly, a little politics. My coworker had asked me what the people in Japan thought of Bush. I thought about it a bit, and apart from a mention of the convention that appeared in the English language paper, The Japan Times, I was hard pressed to remember any mention of American politics anywhere. This is quite typical though; politically active Americans are given to think the rest of the world tracks our movements religiously, when the reality is, the rest of the world couldn’t really give a flying fig. This is as it should be since politics which affects people locally should be of the greatest concern. Anyways, during most times, most Americans don’t give a flying fig either. I was, quite frankly, happy to get away from the noise for a while. (FYI, most Japanese news that I caught concentrated on the Olympics, the nasty weather, the Olympics, that horrid business in Russia, and the Olympics).

Lastly some international relations. My buddy had commented that a friend who travels to France regularly (I’ve met the guy, and no he’s not a homosexual) says that he gets good treatment until he whips out the blue passport of the U.S.. From then on, he reports, you get the nasty French behavior that is such a staple for late night comedians. A Japanese man we had dinner with (who spoke excellent English) reported that he was apprehensive about traveling to the states because they fingerprint all foreign visitors. I told him that I thought it was a crock as well, since the U.S. government was only making a point to fingerprint everyone, so as not to offend the Saudi’s, whose fingerprints they truly desire. I must report that my treatment in Japan ranged from normal to quite (and sometimes too) friendly.

The first couple days, we stayed in Tokushima. I was quite excited about this portion of the trip since the Tokushima prefecture is not represented much on the web. We didn’t stay as long as I would’ve liked (pressed for time and all), but I did get a few good shots. A couple follow below: 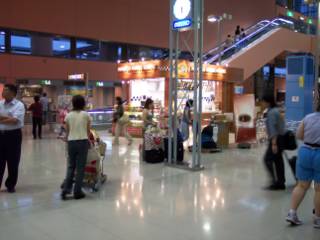 A newspaper stand in the Osaka airport. This is all the further I had to travel to see some Japorn first hand. 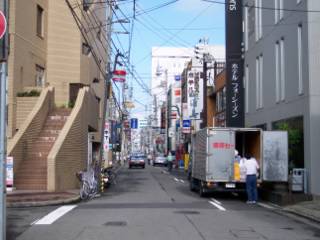 An alley in Tokushima 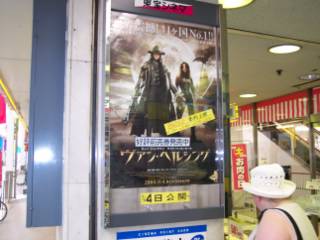 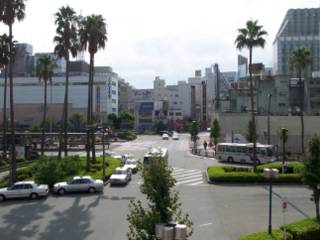 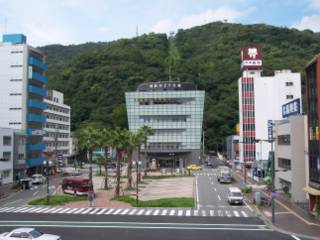 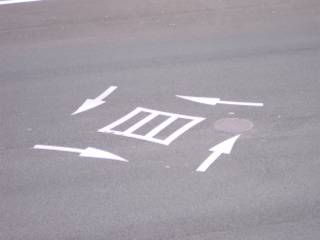 Traffic symbol in the road.