The condos/house (in China there is no term for “condo” apparently) buildings exhibit a beauty from afar in China, but then as you get closer you find the facade applied to the concrete form buildings doesn’t hold up quite so well and that the locations lose some of their allure when there’s laundry hanging out of every window (to be fair, even the most expensive palaces have laundry hanging out their window)*.  Sometimes though there’s a real treat hanging out the window.

Here’s a Google shot of a building close to the location where I’m staying: 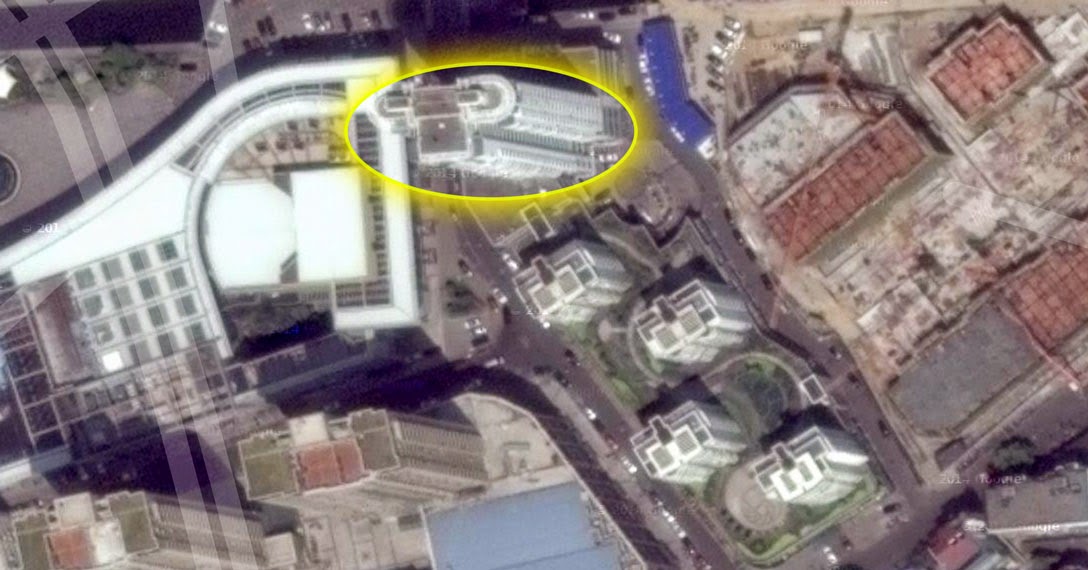 This building is, so far as I can tell, the highest condo tower in the city; so naturally the very highest floors will be held by an exclusive elite with the rest of the building populated by their hangers-on.  Here’s an exterior shot: 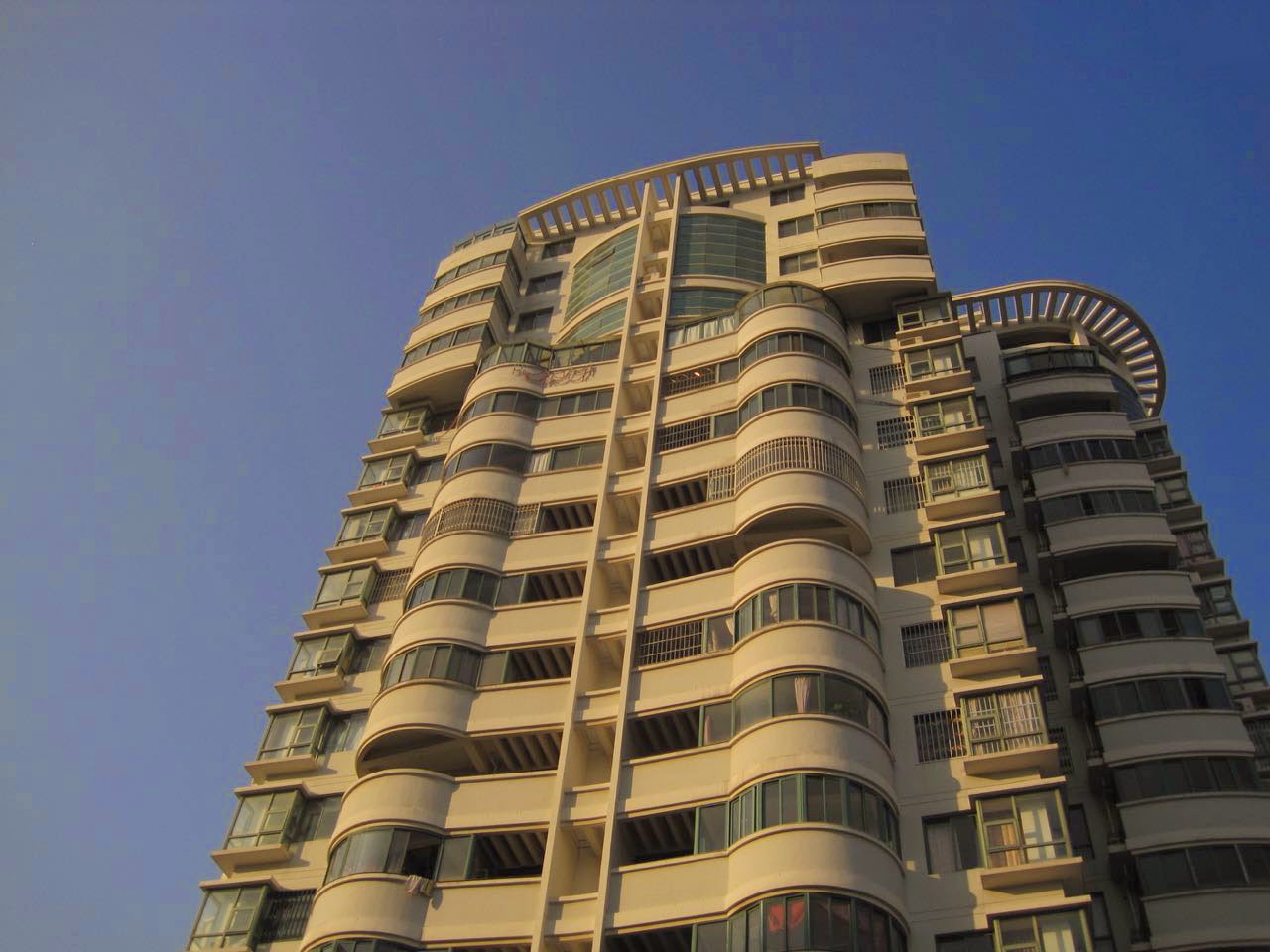 Cool, but it looks like there’s something hanging out the window on one of those upper floors… 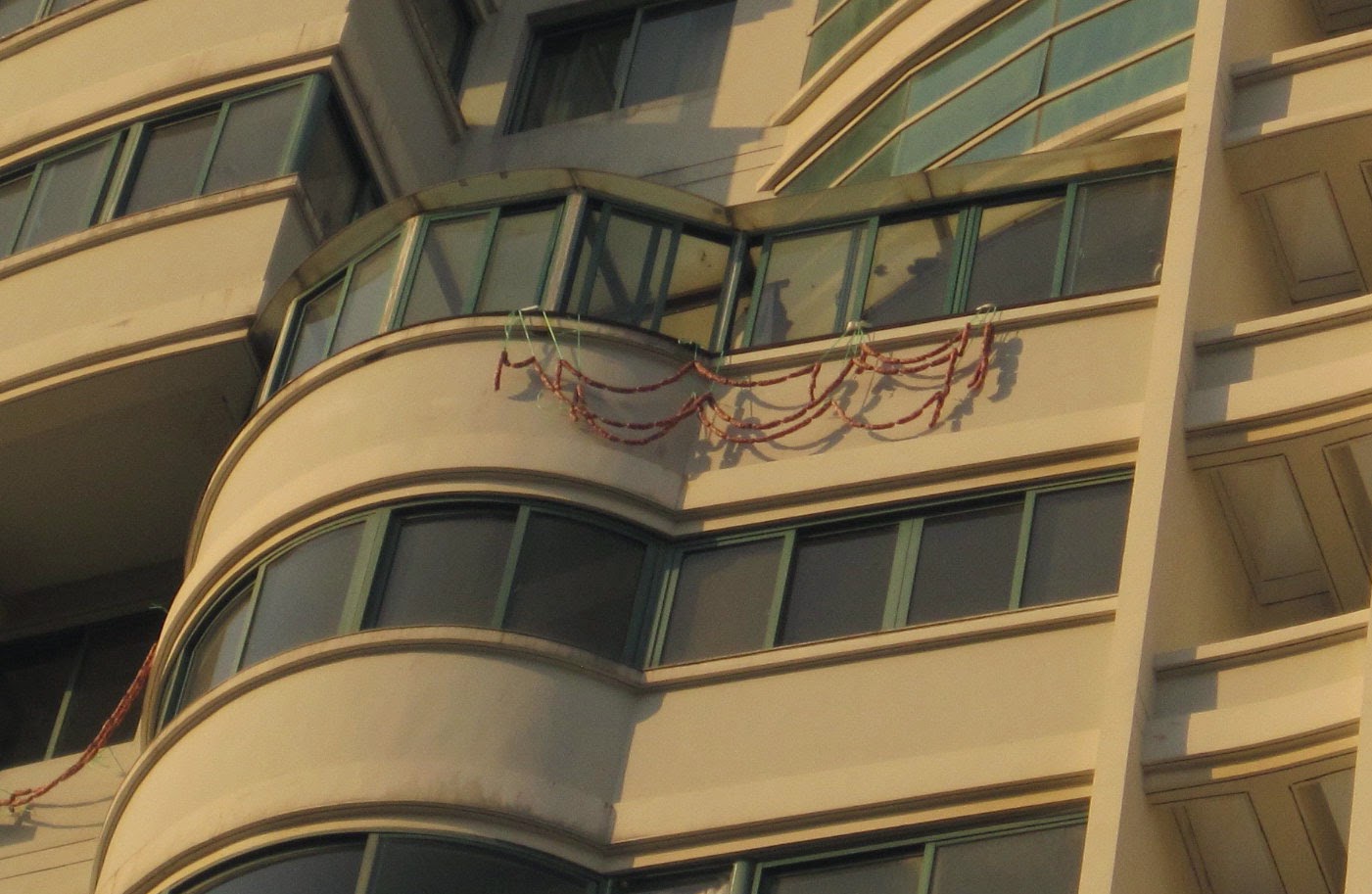 Sausages!
*I’d probably hang my laundry up too given that I had someplace to do it (and negating the fact that for large portions of the year I couldn’t do it at all).  As well I noticed this same thing in England where people blithely leave their windows open and can hang sausages outside with impunity.  If I tried the same thing wildlife would have the sausages eaten in matter of hours (minutes if at night) while any gap in a screen means flys, hornets, and all manner of creepy crawlies in the house.