This review of some rather ancient games will be a two-fer! 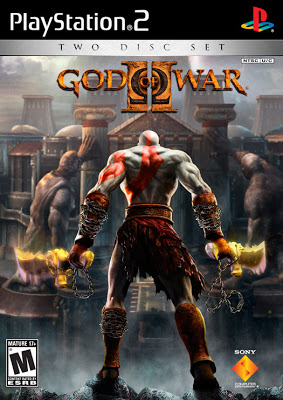 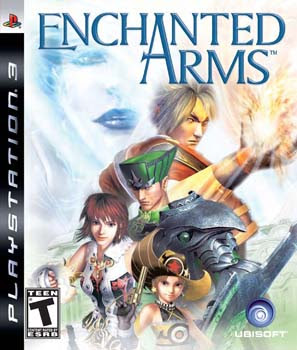 Movies have it easy. Someone can make a movie for $600,000 and bring in a quarter billion dollars worth of gravy. I remember an interview with one of the heads of the old Humongous Games company some ten years ago where he said that the bare minimum to bring a game to market that would be considered a higher tier product would be a million dollars (though even he seemed to concede that such a game would probably prove lacking). The newer downloadable game scene has opened doors for the makers of less expensive casual games*, but for those who want their game in a DVD case on a retailers shelf the expenses continue to mount.

For developers working on what is referred to as a ‘AAA’ title some of these cost concerns are mitigated due to publisher support. The original God of War shipped with a short ‘making of’ video that was unlocked upon beating the game. For God of War II the developers thought so much of their efforts that they put together a series of professional productions totaling around an hour worth of time on the second disk**. The game itself is impressive and as the developers note at the E3 showcase, it looked better on the PS2 than a lot of the first gen titles for the PS3. It’s a game that makes no bones about what it is: a showcase first party game with lots of over the top sets and violence that would only appeal to a male audience.

Just playing through the game I could see that almost no detail is left untuned and that the game must have been a massive development effort. The developer interviews detail late nights, constant tuning and a passion for quality artwork and presentation, in short, a single minded obsession to put out one of the best games of all time. Costs are of course a concern and the ‘making of’ details some dumped levels and concepts, but by and large Sony wanted what did make it into the game to be top flight, and they succeeded in their effort.

But what about studios without suckers for shareholders who are willing to take a bath on their stock to ‘sell a game that sells consoles’? What, if any corners can be cut? More importantly, is it possible to make a ‘B movie’ type of video game, a ‘B game’ as it were?

A little while ago I was looking around on Penny Arcade’s site looking for a Final Fantasy XII reference (what it was and why I was looking for it I cannot recall) but the top post in their system for my search was Gabe berating a critic for not liking a game called Enchanted Arms. Since I was in between games and had an RPG jonesin’, I picked it up (it’s pretty cheap used). When I started playing it I noticed right away that although some parts were strong, if a corner could be cut it was. Entire environments would be rendered with a handful of textures, villagers were all lifeless pallet swaps, and although Final Fantasy games occasionally feel overly directed, this game felt like it was on rails, especially for an RPG. Lastly (and ‘worstly’), instead of the lush, orchestrated God of War II soundtrack that was recorded in three different countries, Enchanted Arms featured the single worst soundtrack of any game I’ve played since the Atari 2600. It has a small handful of OK songs, that you will hear repeatedly, and many more horrible tunes that were no doubt produced by someone on the dev team whose only musical experience was recorder lessons in second grade (needless to say I ended up muting the game for long stretches).

For all it’s faults though the game seems to work. Instead of a bevy of unfocused characters the tight roster fleshes out the players more roundly*** than many other RPGs. Since the game expects you to go from point A to point B and not wander around, there’s a bare minimum of grinding. Lastly, since the developers knew that they weren’t bringing much to the game, they made sure the battle system and story were pretty good.

So yes it’s possible to make a ‘B game’ but it’s difficult since it’s a short path from there to unplayable Wii style shovelware; video games just aren’t very tolerant to a lot of cutbacks. If Enchanted Arms cut out dialog or story, or cheaped out on the battle system the game would have gone from okay to horrible (as opposed to God of War II which probably could have cut 10% of the corners and no one would have noticed). What I thought was interesting was that Tycho at Penny Arcade thought it was possible as well and as a reference he pointed out a game made by From Software, which just so happened to make Enchanted Arms as well. So I doubt that any From Software games will feature a ‘making of’ feature like the one that shipped with God of War II; if it did I would envision profiles of developers who left work early to play pachinko and artists who just carried over half the assets from some PlayStation 2 game that they made five years earlier.

*Jonathan Blow, well known developer of the game Braid notes that making a casual game can be free so long as you don’t mind living in your mom’s basement for three years.

**It shows what a gaming nerd I am that I enjoyed the ‘making of’ features nearly as much as the game itself.

***I need to point out that this game also had the most flagrantly gay characters of any game probably ever. It’s one thing to be a flaming homo, it’s quite another for the character to spend most of his on-screen time sexually harassing (sometimes physically!) one of the other male characters. Such things are such the joke JapanLand.